Multi-Platinum international music group Celtic Woman is ready to embark on another North American tour. The tour is in support of its latest studio album, Postcards from Ireland and will be performing at Procter & Gamble Hall on Thursday 14th April 2022. The tour kicks off on 9th April from Ohio’s Palace Theatre before wrapping up in Massachusett's Cehaviler Theatre on 6th June. The music ensemble will then perform in Ireland for four dates. The all-female musical ensemble has been putting up incredible performances since 2004. It has a massive demand in the U.S, and hence, tickets are expected to sell out pretty soon. If you want to watch Celtic Woman live at Procter & Gamble Hall on Thursday 14th April 2022, get your tickets right now before all of them are sold out! 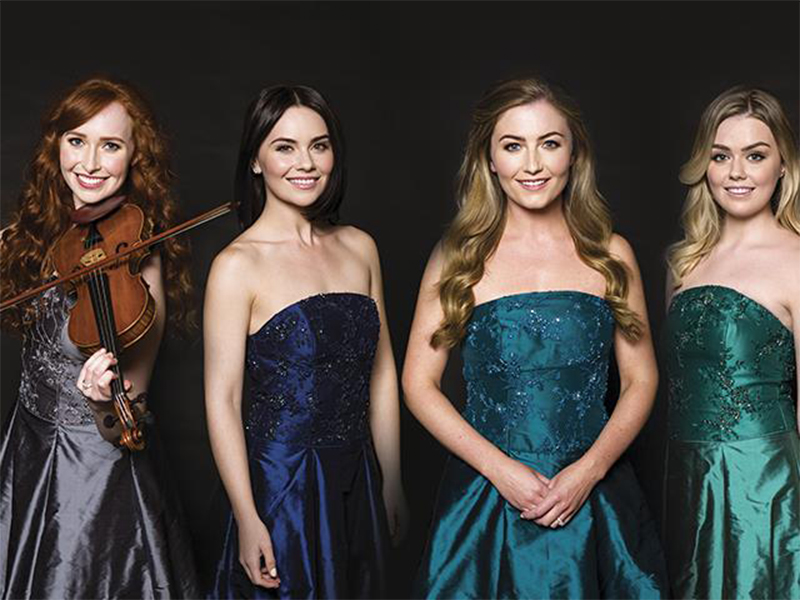 Celtic Woman was created by David Kavanagh, Sharon Browne and David Downes in 2004. The ensemble began with five Irish female musicians and was meant to be a one-time event in Dublin. After multiple airings on PBS, the show received a massive boost, and hence, everybody wanted to witness it live. The group has released fourteen albums to date and their line-up has changed frequently over the years. The global music sensation has emerged as a multimedia presence and a genuine cultural phenomenon since its first show in 2005.
Celtic Woman is highly popular in the U.S as well as they performed in more than cities on their first tour in 2005. Their upcoming tour supports their latest album, Postcards from Ireland. The album is themed around the rich cultural heritage of Ireland, taking audiences on a journey to the beautiful country. Combining traditional Irish music with a blend of contemporary songcraft makes it a wonderful experience. Celebrate the vibrant spirit of modern Ireland with Celtic Woman and join them for a special Postcards from Ireland show on 14th April 2022. They have mostly performed at sold venues, and a similar response is expected on the upcoming tour. Hence, if you want to buy tickets, you should get them right now before they are all gone!